Back to Blog Posts
Prev Next

Are you looking to buy a house in Stuart, Florida, and want to know what home styles are available? In this episode of Hey Haigh Today, I’m going to show you three types of architectural design you’ll see on homes here in Stuart. We’ll explore each style’s key features and characteristics so you can get an idea of what to expect.

While I’m not an architect by trade, I've learned a lot about these homes over the years. The first home that we have in Stuart, Florida—which is very near and dear to my heart—is the Key West style home. A classic Key West style home features a lot of windows, even in the cupola. Interestingly, this is not just a design feature.

The many windows are a very practical feature. These homes were built in Key West in Florida before there was air conditioning. It gets a little hot down here in Florida, so having a lot of windows that you can open up during the summertime is vital to cool the house down.

Another feature of a Key West style home is a big porch, which you’ll see in Key West and Stuart. Depending on where the sun is during the day, you can get shade on that porch on those hot summer days. In the evening, you can be out on the porch and enjoy the cool breezes that come through.

The third feature of Key West style homes is that they have a metal roof. This metal roof is impervious to the rain, sun, and wind. We do get hurricanes down here in South Florida, so that's why the Key West style home is very practical and aesthetically pleasing. A lot of times, the homes will be painted in pastel colors, giving you a flavor of the Caribbean. Key West style homes are the number one home that you're going to see in Stuart, Florida.

You’ll also see a lot of archways in a Mediterranean-style home, from windows to the cupola. These homes also usually have wrought iron features on the windows and doors. Additionally, the exterior always has a stucco, terracotta look that’s usually tannish in color.

Inside these Mediterranean homes, you're going to see a lot of exposed wood, big beams of white contrasted against light-colored large beams, and terracotta or Mexican tile. While you won’t have as many of the large windows as you see in the Key West style homes, you’ll have smaller windows with beautiful arches.

The Mediterranean-style home is something you’re going to see all across Stuart and Southern Florida. It was a really big design at the end of the 90s going into the 2000s. However, you're not going to see this kind of home be a preferable design for new builds.

The third style of home that’s a prevalent design has stood the test of time and continues to be built: the British West Indies style home. The British brought this design to the West Indies in the 18th and 19th centuries. This homestyle features a little bit more of a clean line than what you'll see in England, though you can see the homage of an English home.

You’ll also find smaller windows and darker woods contrasted against lighter colors. On the trusses, those dark woods come out and define the space really nicely. Additionally, British West Indies style homes also feature shutters called Bermuda shutters, hurricane shutters, or clamshell shutters. These are very practical and could be folded down before a big storm.

While newer British West Indies homes have impact glass, the shutters still act as an accent. Now, it’s an architectural design within that West Indies style. You also won’t see a porch or a metal roof on this style, distinguishing it from the Key West Style.

I hope that gives you an idea of the three different kinds of designs of homes that you're going to see in the Stuart, Florida area. Of course, we have all kinds of designs down here, as Florida is a melting pot. We have Tudor homes, Colonial homes, Capes, and even new contemporary designs.

If you’d like to look at a home in these styles or any other, we will show you any kind of design home that you like at your price point. Please reach out and my team and I would be happy to help. Don’t forget to also subscribe to my channel so you never miss an episode of Haigh Haigh Today. Stay tuned to see what we feature next! 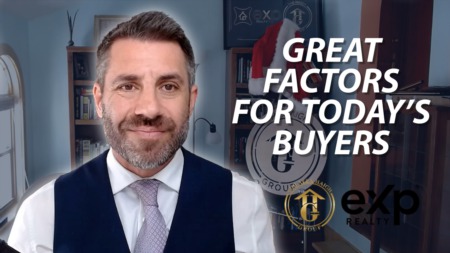 How Today’s Market Is Great for Buyers 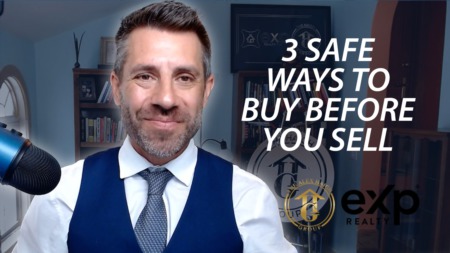 Buying Before You Sell in Today’s Market

Three options for people who need to buy a home before selling. Selling your current home before buying a new one is the conventional way to move. ...Read More 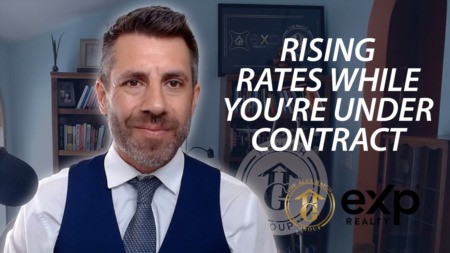 Buying a Home? Lock In Your Rate Now

You have options to safeguard yourself from fluctuating rates. What happens if interest rates increase after you’ve already gone under ...Read More