Back to Blog Posts
Prev Next

The Most Expensive Neighborhoods In Stuart, Florida

Have you ever wondered how the other side lives and want a sneak peek at where they call home? In this episode of Haigh Haigh Today, I’m going to show you the top three neighborhoods where the 1% resides in Stuart, Florida. We’ll get a glimpse of the most luxurious homes and the amenities they offer to their wealthy residents.

The first neighborhood we're going to look at is Sailfish, located at the southern point of Southern Hutchinson Island. Sailfish Point is a luxury community that has a marina, spa, restaurant on the beach, and a golf course. The 18-hole golf course is a Jack Nicklaus Signature-designed golf course with multiple views of the water.

The marina also allows you to have your yacht, all within the confines of a security gate. It's the only community that actually has armed security guards who are all certified EMTs. These guys are ready to roll and take care of you.

This community is definitely one of my favorites; I've gone out to Sailfish Point and played the golf course many times. The clubhouse is on the water (literally) and they can open up the screens and the windows so you can get the ocean air while you're eating your filet mignon or Langosta lobster.

Sailfish Point is one of the marquee locations to live in South Florida. So what is the sticker price on this community? Most of the homes here are very large, and there are 8-12 bedroom mansions on the ocean that have sold upward of $20 million.

The average entry-level, four-bedroom home in Sailfish Point is around $3.75 million. Most of those are going to have a golf course and some kind of water view. If that’s a little rich for your blood, the average three-bedroom home sells for around $1.8 million. That property price will probably be a row home, something a little bit more attached and a little more generic—but it will get you into Sailfish Point.

The second neighborhood where the 1% live in Stuart might be an area you can afford: Sewall’s Point. Shaped almost like Italy with a little boot on the end, Sewall’s Point has multimillion-dollar homes all around the perimeter. The area of Sewall’s Point on the west side has deep water, allowing you to dock your yacht. On the east side, shallower waters mean you’re going to have smaller boats there.

The interior of Sewall’s Point has homes that are a little lower price point when compared to the perimeter, though price points will still be high. The great thing about Sewall’s Point is they have their own police force and only about 3.5 total miles of homes.

The police force patrols this neighborhood, making it feel almost like a gated community without being one. There are a few gated communities up on Castle Hill and Langford Landing, though most of Sewall’s Point is not.

This community has a great continuity of landscape and design. They actually have ordinances for the City of Sewall’s Point that you can't cut any branches that are over six inches in diameter because they're trying to keep that lush, green feel. This adds to those streets where you can walk around with your kids and enjoy the live oaks and Spanish moss hanging down.

Sewall’s Point offers a great lifestyle where you can walk, bike, jog, go to the beach, paddleboard, and fish. It’s also just a 10-minute drive to Downtown Stuart and a 4-minute drive to the local public beach. Bridges in the community make it easy to enjoy a sunrise run or get some fresh air at the end of the day.

There are a lot of things that you can do in Sewall’s Point that really make it an attractive area to live in. Boating and accessibility to the water, Downtown Stuart, and the beach really make this area one of those marquee neighborhoods to live in.

With all of these great amenities, how much does a home in Sewall’s Point cost? The average single-family, four-bedroom home is going to be around $1.3 million—which will be your entry-level option. A home at this price is probably not going to be on the water, though it will still be a very nice home

If you don't quite have a million dollars, you might want to look at an entry-level three-bedroom home. You can get one in Sewall’s Point for around $795,000. While there are some smaller homes in the interior, you're going to have a hard time finding them in this seller's market—though they do come up.

The number three most expensive neighborhood in Stuart, Florida is Snug Harbor. Located on the mainland of Stuart, Snug Harbor is not a peninsula and it's not on the island. Rather, it's a little closer to Downtown Stuart. This community has a very similar feel to Sewall’s Point, including very quiet streets—though it's a little bit smaller. Some areas have lower price point homes and smaller neighborhoods.

One of the really cool things about Snug Harbor is that it does not have an HOA, except for in Snug Harbor West. Another great feature is the marina, which is not a mandatory membership. Rather, you actually buy-in as a voluntary membership. This allows you to use the clubhouse for parties and gatherings and get access to the ramp.

Having a boat in your yard here in Snug Harbor is a really big thing down here in Florida. You can also lease a slip; due to the small neighborhood, there's usually always one available. It’s great to have your boat right here at a low cost with easy access to the ocean. You can easily get out, go under the bridge to Hell's Gate, and out there to the sea.

Snug Harbor is close to Sewall’s Point, though there's a smaller amount of homes here. The average price point in Snug Harbor is $1.7 million for an entry-level, four-bedroom home. In Snug Harbor West, you may be able to find something around $890,000—though the market has been escalating.

Living Your Best Life In Stuart

So do you think you can afford one of these McMansions? I hope you can, and I would love to help you sell one. My team is ready and here to serve you if you want to buy one of these waterfront ocean mansions.

If you can't afford that, it’s okay. We can help you find another property here in Stuart, Florida. While these are the top three neighborhoods for the 1%, we can find you a home for any price in Stuart, Florida. Please just reach out and one of our associates will be happy to help you out.

Don’t forget to subscribe to my channel so you never miss an episode of Haigh Haigh Today, my show all about living in Stuart, Florida. Stay tuned to see what we feature next! 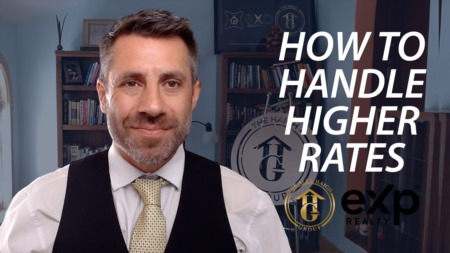 Are You Ready for Rising Interest Rates?

Here are three easy methods to deal with rising interest rates. “I want to purchase a home, but how can I deal with higher interest ...Read More

Are you looking to buy a house in Stuart, Florida, and want to know what home styles are available? In this episode of Haigh Haigh Today, I’m ...Read More

Are you looking for a home in Martin County that’s right on the water? In this episode of Haigh Haigh Today, I’m going to take you to an ...Read More